For the title equation to work, one has to start with providing local residents with information on the history and culture of their region. In the Kaliningrad Oblast, this proves to be a particularly difficult task. This area once formed part of Eastern Prussia, and the historical monuments left behind were perceived by newly-resettled Russians not just as German, but also as fascist. It was not until the next generation was born that a different approach was taken to the ruins of the hunting lodge of Kaiser Wilhelm II. The remnants of this building bore witness to the German Emperor’s hunting sprees, and the complex still consists of historical bridges, forgotten cemeteries and patches of old cobblestone roads hidden in the thick forests. 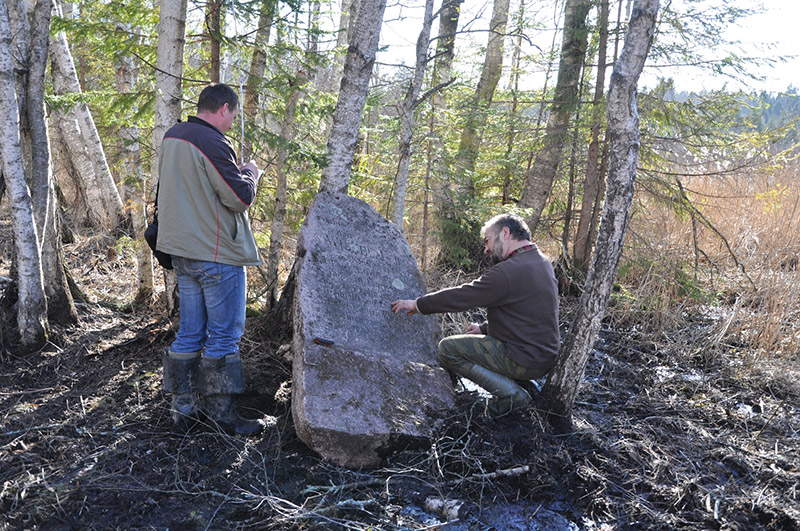 “Sometimes it turns out that an ordinary hole in the ground is much more attractive than a well-preserved historical monument. Sometimes all that needs to be done to attract the interest of others is to tell the story of how it came into being in an interesting way,” explains Jaromir Krajewski, President of the Romnicka Forest Foundation, project coordinator, and gives the example of the pyramid-shaped Farenheit grave located in the Polish part of the forest. This tomb served as the starting point for building the identity of a large part of the local community. The mysterious story of the tomb, where the mummified remains of the Farenheit family rest, attracted so much local interest that non-formal groups, non-governmental organisations and local tourist companies were established.

Similar processes occurred in the Russian part of the Romnicka Forest, where the Vištytis Ecology and Nature Museum is active. This entity was the initiator of the project which resulted in the description and photographing of historical monuments scattered across 40,000 hectares of the forest and its vicinity. Polish support proved helpful, as it drew from the processes of building local patriotism, and afterwards – civil society, which had already taken place in the partner state. The Russian historical monuments of the Romnicka Forest are now connected with one another by means of educational routes. Residents, from the youngest to the elderly, are bound by a feeling of local identity.

More and more cars stop by the information board with the Romnicka Forest map, which shows the location of all historical monuments covered by the project. This place attracts tourists, national historians and mainly the local community. The turnout of local residents at regional events is on the rise, and they have taken to submitting their own concepts and proposals. The local community helps preserve the historical monuments, chases away random vandals, and even pays more attention to the cleanliness of their region. Aleksander Kazionov became so fascinated with this area that he started researching its history and characteristic features on his own. He shares the outcomes of his research in his articles. Soon, he intends to publish a book on the commemorative stones of the Romnicka Forest. Another workshop participant, Ludmila Petrenko, is working on creating a tourist route encircling her village, which houses the well-preserved bridge of a long-closed railway line. As owner of a herd of horses, which tourists willingly rent out to travel through the forest, she earned a few roubles, but also gained perspectives for developing her own business. 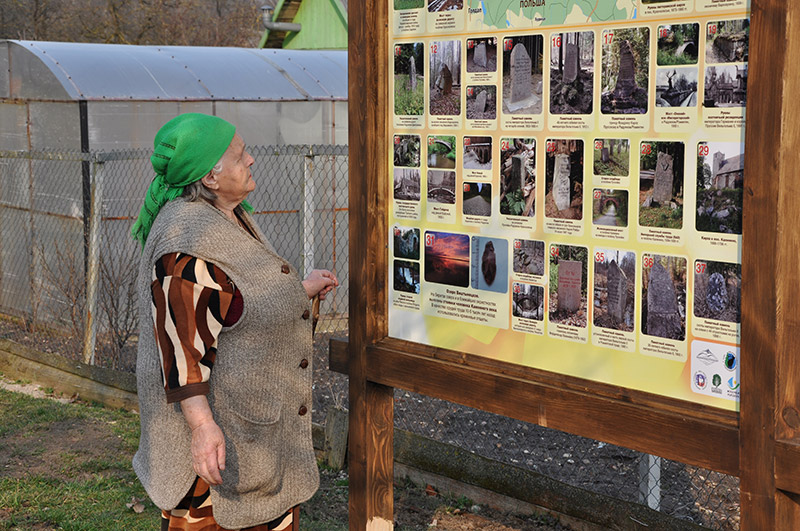 “Thanks to this project, local residents learned the story of their small homeland. Our project sparked their interest in this region. They now care for the space they share, and invite visitors,” explains Aleksey Sokolov, President of the Vištytis Ecology and Nature Museum. Sokolov also noted an important change in the language and behaviour of local residents: they have become proud of their place of residence. “When they travel somewhere far, they spread the word about their small homeland, about our Romnicka Forest,” – he said.

The “Kaliningrad Oblast = Knowledge of and Respect for History = Local Patriotism = Civil Society” Project was executed by the Romnicka Forest Foundation in the years 2013-2014 as part of the RITA – “Region in Transition” Program financed by the Polish-American Freedom Foundation.